Force on Force: Shaken Not Stirred 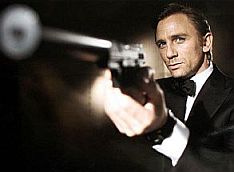 Maff (the Master Chef) is currently sunning himself on a  luxury yacht of wargaming creativity in his new modern imagi-nation hot spot on the Adriatic.  A playground for Russian Mafia, Alcovian criminal masterminds and Dodjy militia warlords.

Force on Force has a new mission. Should it choose to accept it. FoF doesn't have to be purely about guncrawls in the alleys of Baghdad, the poppy fields of Helmund or the villages of Chechnya. When the chips are down, there's plenty of scope for a sharp dressed Englishman in a dinner jacket with a babe and a high TQ Die at his side.

Seriously, a couple of morning commutes on the train and I've sussed playing secret agent pulp games with  Force on Force. Borku Riviera on the Adriatic, Yeah, I know there's other rules out there dedicated to this type of game, but I'm not going to buy them, and let's give FoF it's due - that's where we got on the inspiration bus in the first place.

This is where the Asset and Fog of War Cards come into their own. The Asset Cards in particular, as they can be guns, gear, gadgets and Bond Babes. Now, don't get too hung up on the tech side of the gadgets. You can assume your Double 0, has the right gadget to hand each time and gets one 'shot' before discarding.

The Hotspots and Reinforcement tables? Think about a Bond movie.....a diverse array of enemies appearing out of nowhere! It's crying out to be played. 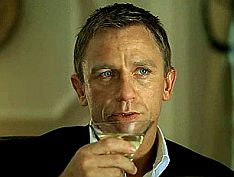 Plus, it makes one hell of a drinking game - just add a half dozen 'Martini' Asset Cards to the stack. Every time you draw a Martini card, you have to drink one - shaken, and not stirred, of course.