.
Dale at Critical Mass Games has reworked Arc Fleet buildings AFBD 7, 9, 11, & 13 to give them a more robust appearance. These will make their debut at Salute on April 16th.  The set (AFBD2) will be available at a show discount of £45.00. 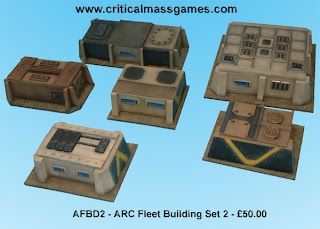 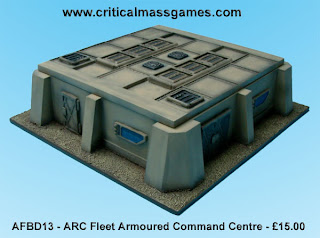 The new command centre deserves to be surrounded by 'Vietnam' dug in bunkers and weapon pits as the centre of operations in in 'bug country'. It would be nice if an alternative but equally armoured two story version was available that could be used as a flight control centre on the edge of a combat air strip or first foot spaceport.

If you want to see more views of all the reworked Arc Fleet buildings, visit the Critical Mass Games Forum.