Bring on the Drones 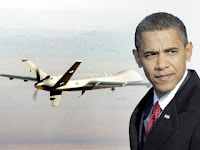 The BBC reported that President Obama has sanctioned the use of armed drones in Libya.

Drones have been used controversially recently in Mexico too. The future is here.

How long before you are sitting in your couch at home doing your National Guard or Reserve duty, and flying Recon, surveillance and combat missions across the world? Is this when all that 'training' on the XBox and PS3 pay off? As technology improves, you can even be doing your day job, be on the train to work, sitting in McDonalds and through your iphone/Android be enforcing the rule of demoncracy and law, maybe even in your own city. Neighbourhood Watch takes on a whole new meaning.

In our lifetime, will we watch a NewsVid to hear that the President has sanctioned the use of androids, like 'GI Joes' in the recent Bruce Willis vehicle SURROGATES, on the streets of La Paz, LA, or Bristol? 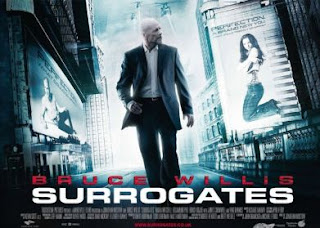 In 15mm, should we be looking at more drones in our tabletop forces? Even replacing men with drones and robotics?  I'm sure there will be a time where we, that's the humanity 'we' use realistic flesh and blood looking androids for hearts and minds purposes.

Personally, I prefer to think of humanity amongst the stars rather than humandroid. A future without man is deprssing though maybe inevitable, but both will live and work side by side on the dirtball colonies and there will be wars and uprisings in both camps.

Who knows, because of the distances involved we may seed the stars with humandroids, to terraform and build new worlds (where have you heard that before), to make it safe for man. But what if the humandroids don't want to give up what they have cretaed or even, what if their defence routines simply see humans as an alien invader?